This was a tourist visit, arranged thanks to Untamed Borders. They are a British company that arranges trips to places such as Afghanistan, Mogadishu, and Chechnya. The guides were wonderful. We visited Kabul and Maser I Sharif. Due to security concerns, much of the country was no-go for us, and even in these cities our travel was limited. Still, it is possible for an American to walk the streets in the middle of these cities and the reception from the Afghans was very friendly.

1. Safi Airways, one a few airlines serving Afghanistan. Security controls prevented me from booking my ticket online, and even my emails to their agent in New York were blocked.
2. Kabul Airport. It was quite busy, with flights coming and going every 15 minutes when I was waiting for my plane. Security was super tight. It took two hours and about five inspections to get in.
3. Within hours of arrival in Kabul, we were hit with the hardest hailstorm of my life. Even they said this had never happened in their memory.
4. On the road up the Hindu Kush mountains toward to the famous Salang Tunnel.
5. The north side of the Salang Tunnel.
6. Inside the Salang Tunnel. The air was wretched. I was told they had only recently installed the lights.
7. Afghans were very friendly and often wanted their picture taken. Note the water fountain amongst the drinks for sale. On the road leading up the mountains, water flowed freely.
8. The mosque in Mazer i Sharif.
9. Checking my shoes in at the mosque.
10. A sufi smoking hashish. I had to step out to avoid inhaling. The last think I needed to was to test positive on a drug test just for being a tourist.
11. The burkha store. High end burkhas cost about 23USD.
12. The cemetery in Kabul.
13. In the National Museum is Karzai’s cell phone.
14. The National Palace, destroyed during the civil war between the Taliban and Mujahedeen.
15. The new national parliament building is being built across from the National Palace.
16. Downtown Kabul. It is quite a large city now, having grown 5x since the US intervention.
17. Those large yellow buildings are all the US embassy compound. All day you have the helicopters ferrying US embassy staff between here and the airport.
18. US military patrolling the main road near Bagram. 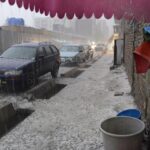 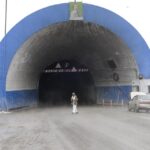 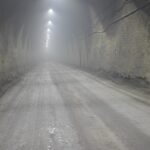 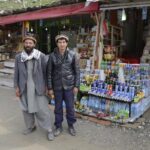 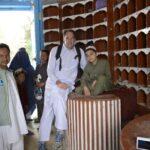 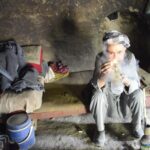 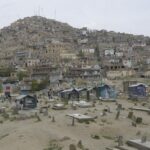 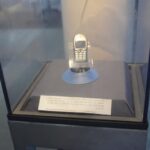 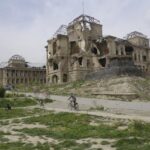 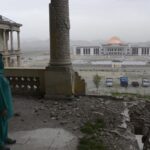 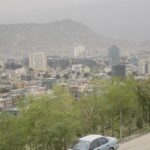 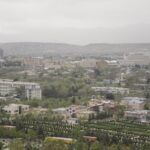 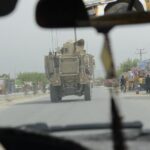