HUMAN RIGHTS IN OUR WORLD

I wrote Human Rights in Our World (HRIOW) as an introductory college-level textbook. This was a work of personal interest, in which most of two years of my life (1997/8) was spent reading all of the major works, traveling the world and interviewing people. This project is the culmination of my 20+ years working (volunteer) with Amnesty International and other NGOs, as well as travel around the world for research. My trips took me to Mary Robinson’s office in the UN Human Rights Center (Geneva), the African Commission on Human and People’s Rights in The Gambia, and many other places.

Human Rights In Our World takes a fundamentally different approach from the current literature. Instead of looking at human rights abuses which have occurred and asking, why did this happen, this text develops the theme: How are human rights violations prevented and what are the conditions in which human rights are respected?

It was under contract with Sage Publications, the top-ranked academic publisher. My plan was to have a book heavy on facts and issues, but their reviewers wanted something softer and personal. Many human rights workers, like me, dislike this approach because we are seeking universal respect for human rights, not the Hollywood-style search for victims and villains.

Soon after the book was written and gained a publishing contract, I began a doctoral program which put the project on hold. It has now been many years, and given this time for reflection, my ideas on human rights have changed to the point where this book needs more that a revision. It would need a total rewrite.

In particular, I no longer believe in “rights”. This concept is based on legal doctrine. A right either exists or it does not. This is quite black or white. There are no partial rights, no gray area. Clearly, this is not an accurate reflection of reality. Instead of “human rights”, I have come to believe we should be referring to “human dignity”, which more accurately reflects what we are trying to achieve. The problem, which became apparent during my research, is it that the human rights movement is dominated by lawyers that seek to keep the movement as a professional franchise. I was even told by a prominent lawyer that I am unqualified to write a book on the subject because only lawyers are experts!

Art and the humanities are a major interest in human rights, and this book will be the first to include a significant amount of illustrations and discussion on this area. I have confirmed approval for the following: 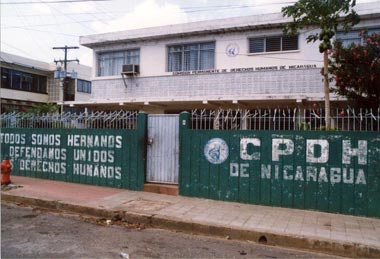 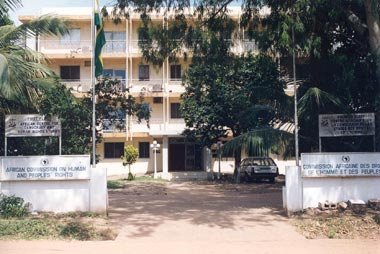 The African Commission on People and Human Rights, The Banjul, The Gambia. This is next to the US Embassy, so my nation’s overzealous and undertrained security guards yelled at me for taking this picture, which of course I ignored.