In 1999, East Timor, then a part of Indonesia, held a referendum for independence. I was there for the entire summer, registering voters and preparing for the referendum. None of these people had never experienced and election before. This area had been cut off to foreigners since the 1970s, so we were among the first outsiders to ever venture into the corners of the region in decades.

1. The UN plane traveling between Darwin, Australia and East Timor.
2. Registering voters in Lore I. With me is Isabel Solon-Helal of Canada.
3. The village of Lore I, and our UN-supplied Land Rover. All vehicles were destroyed by the Indonesians in the ensuing violence.
4. The village center, Lore I.
5. Our daily commute in East Timor.
6. Graffiti in Dili.
7. A man in Lore I.
8. The children of Lore I. This was my polling station.
9. All resupply was by helicopter in Los Palos, East Timor on the UN mission for a referendum on independence from Indonesia. This village was all destroyed in the ensuing violence.
10. Dili Cemetery, site of the famous massacre in which soldiers killed hundreds of unarmed funeral-goers.
11. Our regional headquarters in Los Palos. 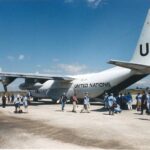 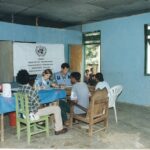 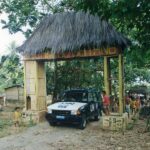 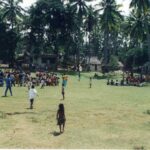 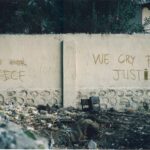 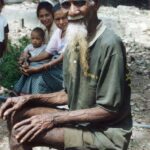 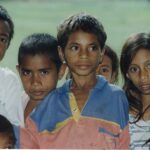 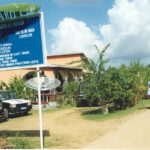