See my comments on Bosnia. They also apply to Kosovo. I did three elections in Kosovo. The last one was in Serbia, in the northernmost town on the border of Hungary, catering to a small band of Roma that had been displaced from Kosovo.

1. The post office building destroyed by NATO, Pristina, Kosovo.
2. This lady was hit by a car right in front of me as my camera was pointing at her, Pristina, Kosovo, 2000. The learning point is that the single greatest danger working in conflict zones is not bullets or bombs, it is traffic. More UN personnel die from traffic accidents than anything else, even in conflict zones.
3. Voting in Suva Reca, Kosovo. The ballots were hopelessly disorganized. 2000
7. In a different year, in Dragash, my local Polling Station Chairperson.
8. On a plane from Munich to Kosovo, with my brother Andrew and Ellen Davis-Zapata. We have been assigned the job of guarding the ballots.
9. The hills above Dragash.
10. Local women in Dragash.
11. Village in the Dragash area.
12. Election day in Dragash. 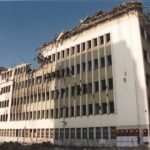 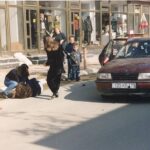 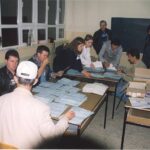 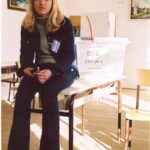 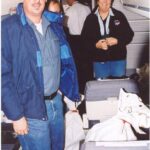 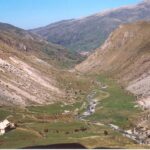 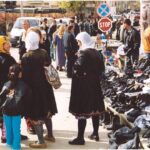 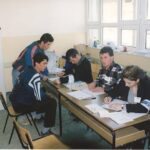