1, 2, 3, 4. Kayaking on the San Francisco Bay.
5. Finishing the Ironman Triathlon World Championship.
6. Ironman Australia. 1998
7. Atop Mt St Helens, shortly after the eruption. It erupted again a few days later.
8. Competing in an adventure race with Stefan and Pam, at Half Moon Bay.
9.That’s me after 4 weeks on the slopes of Peak Communism, without a bath or shave. 1989.
10. Peak Communism, highest mountain of the Soviet Union, now part of Tajikistan. We climbed the ridge along the center of this picture. 1989. This picture was taken off of my website and put into Wikipedia’s page on Peak Communism, without my permission. That’s OK, I feel honored.
11. I dislocated my shoulder 500 feet up Royal Arches in Yosemite. My amazing partner lowered me down. The whole time we were literally looking onto the roof of the Yosemite Medical Clinic. The doctor, on the right, is wondering why the drugs don’t seem to affect me,  1996.
12. Me with Clem Akins, who saved my butt. Note the dislocated shoulder. Clem has also skied to the North Pole.
13. Starting my bicycle ride across the US, age 16. 1981.
14. Arriving in Washington DC. Apparently this was a record, the youngest person to bicycle solo across the US, but I never got any independent media confirmation that I had actually done it, so it sort of doesn’t count. 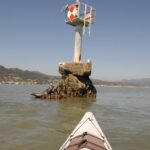 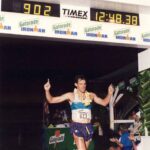 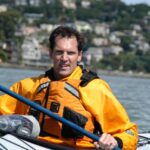 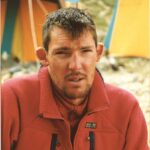 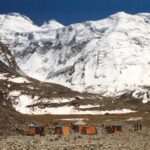 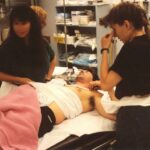 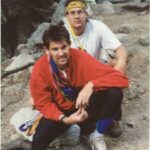 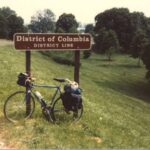