The Sahara Marathon (3rd annual) took place in February 2003, a benefit for the Saharawi people that are refugees on Algerian soil due to the conflict between Western Sahara and Morocco. We flew a charter flight from Madrid to Tindouf, and lived in a refugee community. It was not really like a refugee camp since, as you can see, they are living in the brick houses typical of that region. The people were wonderful, and the land was the most barren I’ve ever seen.

On race day they bussed us 26 miles to the start, and we ran overland across the desert. It was the most extraordinary run of my life. The route consisted of following vague footprints of those ahead. We were hit by a 60 kph sand storm that reduced visibility to a few meters. During those times I ran just by keeping my bearings based on the angle to the wind, since even the sun was not visible. It turned out to be 26 miles give or take a couple miles. My finish time was 6:40.

The race was organized by an odd group that seemed to be Christian missionaries using this as an excuse to get to the camps. Some evangelists were allegedly kicked out a few years ago by the Algerian government, but all of this is hearsay. I could never quite pin down who was “in charge” and where the money was going. I will say that all of the organizers and many of the runners were here out of humanitarian concern for the Saharawis, and the marathon was a good way to have some fun and gain international attention.

1. Hiking around after the race.
2. The organizers figured the best thing to do the day after running 26 miles in the desert was to take us on a hike.
3. The village of Dakhla.
4, 5. The town also had a kid’s race.
6. Our home for the week. That’s Stefan Galvez, who was also my partner in adventure races.
7. The local museum.
8. The Polisario. Always present, but we never had much to do with them. 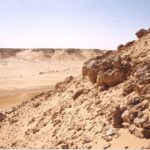 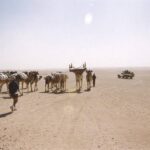 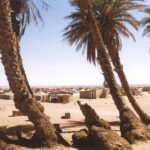 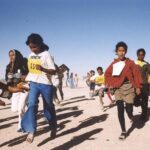 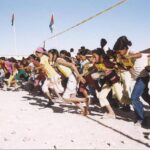 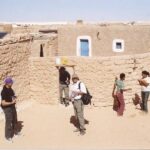 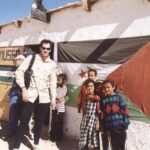 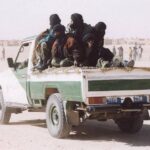