In August 2012, I fulfilled a project that had been in the planning for a few years. It is possible to cross the entire Sierras in only 25 miles, from Onion Valley (near Bishop), over Kersarge Pass to King’s Canyon National Park, ending at, appropriately named, Road’s End. We drove to Bishop the night before, got up before dawn, and were at the trail head with the first light. It is very intimidating looking up at the eastern Sierras, shooting thousands of feet up, knowing that I need to climb over than and 25 miles further. Meanwhile my car with my friends is driving off into the horizon. So if anything goes wrong, well, I should just hope nothing goes wrong.

The weather was absolutely perfect, having rained torrentially the day before. Today the sky was crystal clear and the temperature was just right. Onion Valley is a great day hike area. My trail shot straight west to Kersarge pass, one of the most heavily travelled of all the high Sierras passes. The trail goes down the valley past the lakes and turns left, into a gulley that drops me into King’s Canyon. If anything happens at that point, it’s 12 miles in either direction. The trail is perfectly maintained the entire way. There is essentially one trail, with steep slopes on both sides. You don’t really even need a map around here.

The only glitch was the bear in King’s Canyon. Every single visit to King’s Canyon, I’ve seen bear. They’re everywhere. As I hiked down the trail, he was minding his own business about 10 meters from the trail heading the opposite direction. I wanted a picture of his face. I maneuvered back along the trail, but not approaching him so as not to annoy him. Not good enough. One minute he’s Boo Boo Bear, next minute he’s pissed off. He approached me, huffing and puffing. I got big, and slowly backed off. He kept approaching. Well shoot, this isn’t working so well. There were no hikers for miles in any direction. Eventually he veered off. I didn’t think he could kill me, given his size, but he sure could mess up my day and it was 10 miles to the trail head.

The final miles were a slog, but I got to the parking lot in 10 hours. The trip could have been done in half that time but I stopped a lot. My ride showed up shortly. It took them the whole 10.5 hours to drive the 350 miles. 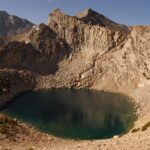 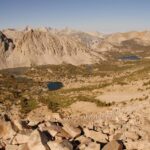 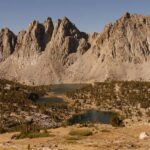 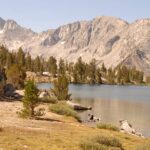 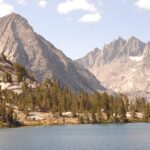 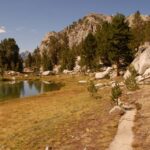 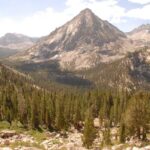 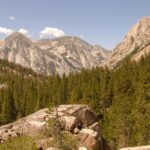 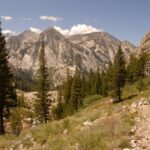 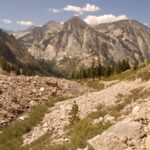 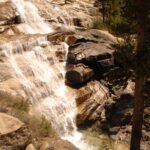 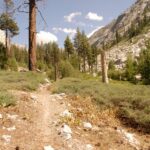 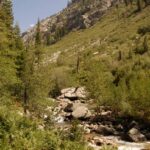 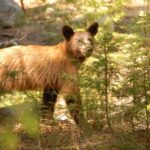 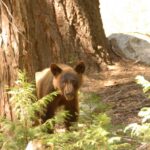 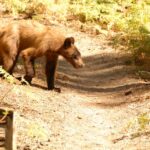