These are pictures from my trips to Bosnia supervising elections from 1997 to 1999. They are not meant to be a balanced representation of the region, only of what I saw and got good pictures. These photos are not meant to assign guilt to any side. I have friends from all factions in the region, and sympathize with them for what they experienced. Where there are disagreements on names of places, my choice is not meant to suggest that is the ‘proper’ name or spelling. The region is mostly rebuilt so you won’t see much of this now.

1. Counting ballots at my polling station on Sniper Alley, Sarajevo. Note the bullet holes in the table. 1999.
2. Counting ballots, also in Sarajevo. 1999
3. Photo by Ellen Davis-Zapata Note it’s in English, meant for the foreign audience. 1997
4. Grafitti in Banja Luka, 1997.
5. Graffiti in the Croat-controlled sector of Mostar. Someone was screaming at me for taking this pic, but well-armed Spanish soldiers were keeping watch nearby.
6. The hills above Sarajevo.
7. Stari Most (Old Bridge), and the “Don’t Forget” refers to the fact that this historic landmark was destroyed on purpose. The bridge has since been rebuilt.
8. Shot up high school near Gradacac.
9. An ethnically cleansed Muslim neighborhood in Srpski Brod, 1997.
10. The road to Sarajevo. 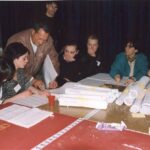 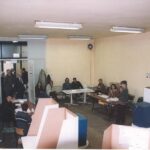 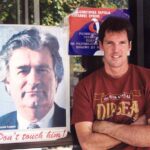 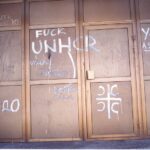 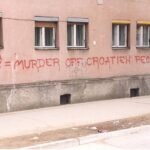 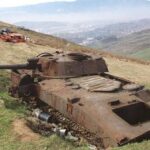 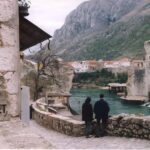 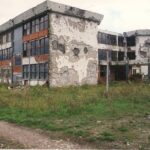 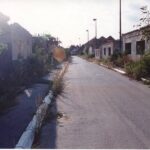 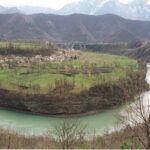 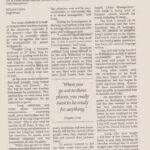 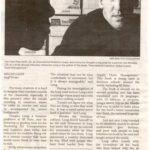