We all have so many pictures of the bridge, it’s not really worth mentioning. But what was interesting was notable was our post 9-11 security. This soldier was loving the attention, and even had a binder of all the times he was in the news. Just 10 meters away was some guy camped out with lots of big cameras trained on the bridge. I asked what that was about, and the soldier said it was some photo project, a year in the life of the bridge. It turns out that photographer was only getting footage of people committing suicide by jumping off of the bridge. So here’s a soldier that is supposed to be on the lookout for anything suspicious, and apparently nothing about the photographer caught his attention. When the true motives of the suicide project became known, there was an uproar, and the bridge officials pretended like there was no way they could possibly have figured it out. 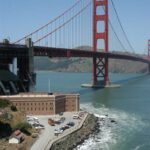 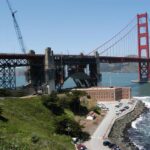 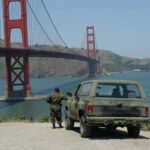