The government of Iran may still view the US as it’s enemy, but that doesn’t stop the 80% of the population that recently told Gallup pollsters that they have a positive view of this country. Still, my intentions in this visit early January were a lot more practical. My book, International Logistics, sold out in four months in the English edition, and I wanted to see if it could be published in Farsi. Other editions for the Middle East and India were welcomed, and Iran offered a large, well-educated market.

An Iranian businessman agreed to serve as a coauthor, editing it and arranging for its publication in Iran. Now we needed to meet in person to establish this relationship. He heads the team that manages most of the cargo flowing from Iran into Iraq and Afghanistan, as well as the more routine work of a logistics company. He also has a keen interest in teaching, hence his interest in working with me as coauthor.

For an Iranian to be working closely with an American is sensitive, politically, so he took the extra step to have my invitation come from the head of the Ministry of Transportation. This meant that I was an official guest of the government. At the Iranian consulate in Dubai, they were surprised to see and American, but once they saw in their computers that I was an official guest, the visa was processed with extraordinary speed and courtesy.

Tehran was preparing for elections, pitting the conservatives against the reformers. This is not the same as we view politics. Conservatives there are the religious leaders, and the reformers are secular. Some of the student leaders that stormed the US Embassy in the 70s have since stated publicly that that was a major mistake, and they regret their actions. These people are now part of the reform movement. But the conservatives still have a strong grip on government even if women flaunt the rules by wearing their veils carelessly.

On my first day in Tehran, my friend took me for a walk downtown. We walked past the US Embassy, now known as the Den of Espionage and covered with anti-US murals. I started snapping pictures, not being too discreet. After about 20 shots of the murals, a gang of about 10 soldiers came running out of the embassy compound. These were the morality police, assigned to insure that women are covered from head to toe, and that all people behave like good Muslims. They surrounded me and tried to grab for the camera. My friend warned them that I was here as a guest of the government, but that was of little protection. The government is now suffering from a sort of split personality, where different factions, the army, the police, etc, have their own jails and laws. These morality police cared little if the Ministry of Transportation were trying to improve relations with the US.

They tried to grab the camera, but I made clear that it wasn’t going to leave my hands without a fight. I am 6’4”, and none of them seemed willing to get bloody, yet. So they surrounded me and pushed me down the street and into the compound. In the ensuing yelling, I was able to take the memory card out of the camera, since it was digital, and slip it into my pocket. Once inside the compound, I spoke a lot of French and pretended not to understand English. Luckily my French is quite convincing.

After a few minutes of confusion, I made a big demonstration of deleting the pictures in the camera, pictures that were not there. They seemed convinced. At that point there was a standoff, since none of them seemed to know what to do next. With the pictures deleted, and this apparently French visitor clearly apologetic, I simply walked out while they all stood and looked at each other.

The following days in Iran were less dramatic but far more significant. The Ministry of Transportation arranged to have me lecture in their headquarters for two sessions, one half day and the other a full day. The topic was an introduction to some hot topics on logistics, particularly security and information systems.

What was interesting was the questions they asked, where they expressed their concerns. Top of the list was globalization and its impact on trucking jobs. They were highly agitated at the prospect of opening their highways to foreign truck drivers, thus costing Iranian drivers their jobs. Also on their list of concerns was the moral issue of globalization. Some of them seemed to believe that globalization meant that they could not be good Muslims, an odd theory that seems to be played by the regime.

My friend then took me on a two day trip to Bandar Abbas, their main port laying across the Persian Gulf from Dubai (“bandar” means port). The port was rather outdated, but the basic facts of geography were remarkable. If Iran could make their legal and political system world class, they could easily overwhelm the Port of Dubai. Most of Dubai’s cargo is simply Iranian-destined goods being transshipped. When Iran sorts out their institutional issues, a vast bloc of cargo can bypass Dubai, making Abbas the Gulf’s main port.

Another major problem is the inland infrastructure. The regime has not invested money into roads or rail for over two decades and the results are nothing less than horrifying. I witnessed one death and several accidents in only five days. The road just outside of the Bandar Abbas is a narrow two-lane channel of mayhem. Traffic in Tehran was the worst I’ve seen anywhere in the world except India.

As my stay in Iran was coming to a close, interest in a Farsi edition of my book was strong. The inaugural edition of an English language magazine on logistics had just come out, and the publishers were eager to take on this book project. The concern was that the Ministry of Transportation also wants to publish my book. This can be a problem because if the government wants this job, and I gave it to the private company, jealously in this country can prove dangerous. As I left the country, the two were working out a solution in which they would jointly produce this text. 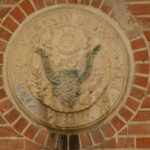 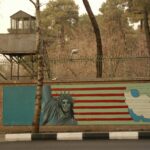 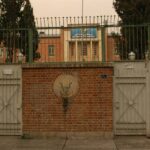 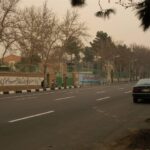 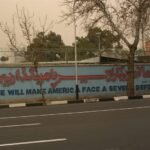 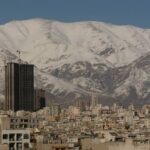 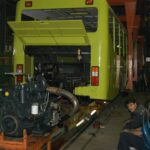 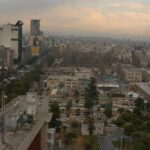 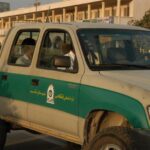 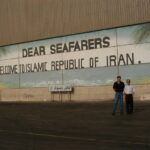 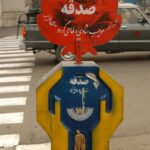 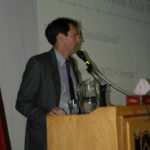