I wanted to run the Pyongyang Marathon, but my training did not go as planned, so did the 10K. This trip was arranged by Koryo Tours out of Beijing. North Korea is one of the oddest countries I have ever been to. We did mix with the Koreans in Pyongyang, but since none of us spoke Korean, there was not much in the way of real interaction. The race went off well, followed by a day of touring the city.

1. Koryo Air, the only North Korean airline. Stewardesses and staff were excellent.
2. The new Pyongyang airport is still under construction.
3. Pyongyang’s subway. There are two lines. The main station serving the government buildings is off limits to foreigners.
4. A monument outside the stadium. The women were wearing these dresses throughout the town and it was not apparently just for a special occasion.
5. Start of the Pyongyang 2015 marathon. Each section in the stadium had their own cheerleader, so it was quite an animated audience.
6. Police were omnipresent but they never directed us or stopped us.
7. A Pyongyang department store. Yes, we could buy anything. We could use dollars, Euros or renmibi, and all change was in renmibi. Local currency is not allowed for use by foreigners.
8. Downtown Pyongyang from my hotel.
9. Visiting the monument.
10. The war museum.
11. The Pueblo at the war museum.
12. A group of military at the war museum.
13. The society is highly militarized, so much of the routine labor, like road work, is done by groups such as this.
14. At the art store was this gem. Why don’t my patients smile when I am giving them shots? 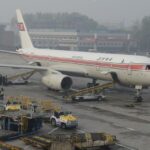 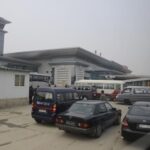 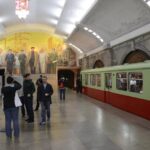 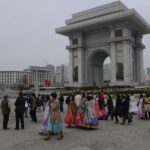 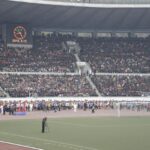 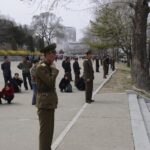 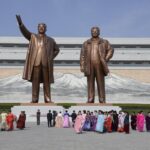 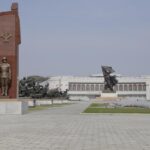 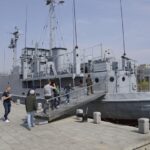 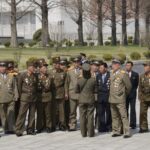 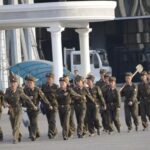 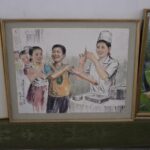 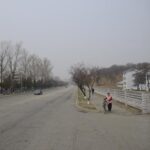 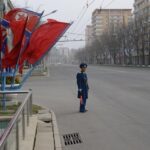