1. Kelly was an Oakland terrier. Adopted from the Oakland SPCA, a mix of everything running the streets of Oakland. She had more personality, and more loose hair, than any dog I’ve ever known. She held the distinction of riding the front seat of the animal control officer’s truck to the pound. She and my other puppy got loose, and were playing on somebody’s front lawn. The home owner called the police to report a “dog fight”. Animal control show up and, seeing what’s going on, beckoned them into the front cab. Without a second thought, they jumped in and enjoyed the ride.
2. Vixen was Andrew’s dog, lots of energy, not so much smarts.
3. Jake, named after the song Feed Jake.
4. Lupe was rescued from a personal acquaintance who would leave her without food or water for long periods. She lived a long and was spoiled rotten to make up for her earlier rough years.
5. Hillary not feeding. If a snake is not hungry, he will not respond, and this is what happens. I need to take the rat out or the rat may attack
6. Hillary, is has been said, is lazy because he spends his days doing, well, nothing much. I say he’s being energy efficient
7. Hillary drinking. Yes, snakes drink.
8. Hillary up close. Amazing how his eyes are colored the same pattern as the rest of the body.
9. Hillary with mouse, when he was young. Now he’s 49”. 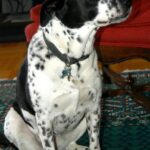 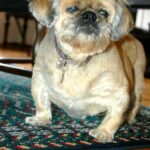 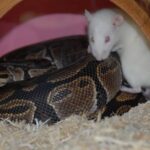 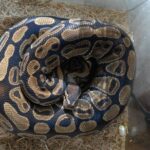 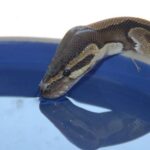 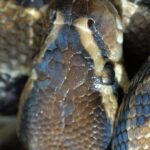 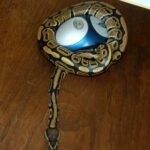