In January, 2003 I succeeded after two previous trips to Somaliland (northern Somalia) to visit Mogadishu, which has not seen anything close to a government since 1989. My purpose was to run a survey on attitudes toward trust and how they finance trade. The idea was that your level of trust in others would affect how you finance imports/exports. The trip was made possible by the support and security of Dahab Shil, the remittance company/bank of Somalia/Somaliland. Since the US shut down the other major financial company, Barakat, for allegedly moving Al Qaeda money, Dahab Shil is almost the only way for the millions of Somalis around the world to transmit money to their families. Dahab Shil is an amazing company; a multimillion dollar financial institution operating without any government in their home market.

I brought with me on the trip two photojournalists, Jack Bland and Sabree Hill, both of San Francisco. They gained interviews with the President of Somaliand and had many good photo shoots in the north. Unfortunately, the security situation in Mogadishu was difficult, which meant that three Americans were too large a target, so I went alone.

Dallo Airlines flies a regular schedule via Dubai and Hargeisa into Mogadishu, where Dahab Shil’s men picked me up. Since I was a white American business person, they figured 7 guys with machine guns and AK47s would be adequate protection. As it turned out, there were armed road blocks ever few kilometers, and each evening I would watch gun battles from the roof of my hotel. I used Dahab Shil’s main branch office to run the survey, in the heart of the Bakara Market, which was famous for the battles of Black Hawk Down. One of the helicopter teams roped down right in front of the bank where I was conducting my research. This meant that I couldn’t walk the streets, and they were very careful even when driving me around with tinted windows.

But that’s not a fair picture of reality. Mogadishu has 1 million people, two airports, an ocean port, a TV station, and good cellular phone service, all of this without any government! While the gun battles were impressive with the tracer rounds flying across the city skyline, it would be more accurate to say that the place was peaceful 99.9% of the time. Most interestingly, poor people would sit next to the roads with a flag that indicated they needed some help. This was the Somali version of panhandling. Yet people would help. Very few people carried guns. After all these years without government, there is an equilibrium in which they don’t need to carry guns on a daily basis. Other than the short burst of gunfire each evening that always seemed to happen at the same place (K4 Intersection) at the same time (just after sundown), the Somalis were very friendly to me and I saw no fighting of any type.

My survey resulted in some remarkable findings. Whereas only about half of Americans say that they trust people in general, 65% of Somalis in Mogadishu are trusting.

1. Downtown Hargeisa.
2. The House of Elders, the upper house of Parliament.
3. Money Changer: These are the money changers in downtown Hargeisa.
4. A monument to what Somaliland went through in the Civil War.
5. As of April 2002 it was 6000 to a US Dollar.
6. University of Hargeisa.
7. Water carrier: There is a water piping system but these water carriers are for those without regular access.
8. The Bakara Market, Mogadishu.
9. Downtown Mogadishu, empty because of the security risks. It is much safer to live around low lying buildings.
10. An impromptu road block and gun crew. There were five such stops between the “airport” and the town. I had a good team of gunmen so we were not challenged.
11. My gunmen.
12. The streets of Mogadishu.
13. Note the technical parked along the road.
14. Lecturing at the University of Hargeisha. .
15. My gun crew let me pose with their weapon, on the beaches outside Mogadishu. Cargo all comes in by hand from landing barges. 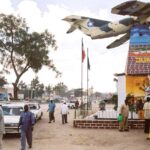 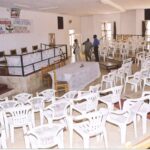 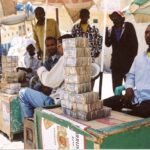 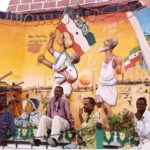 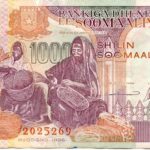 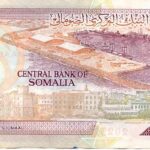 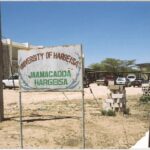 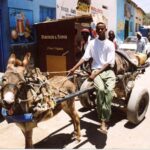 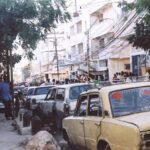 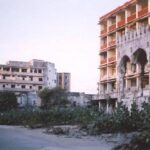 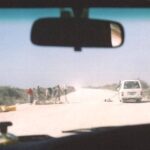 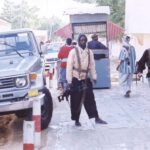 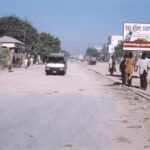 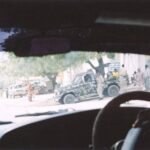 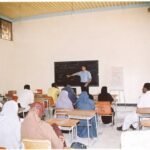 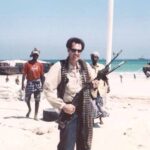